Get ready for a night of roots, rock and blues bangers delivered by two MidCoast based legendary outfits, loved here and globally. The Darren Jack Band and The Swamp Stompers will be tearing it up at the Manning Entertainment Centre as part of our Live and Local re-opening series.

Multiple award-winning Blues artist Darren Jack has been electrifying audiences with his signature powerhouse Rock ‘n’ Blues and original music for the last twenty years. Jack has taken out 5 Australian Blues Music Awards and has won the Sydney Blues Challenge an unprecedented two times, in 2012 (Band category) and in 2014 (Solo category). He has represented Australia in the International Blues Challenge in Memphis, Tennessee in 2013, and also in 2015. His music will take you from blistering, gut wrenching blues to smooth melodies that will soothe your soul. Jack’s honesty and commitment are the real deal.

The Swamp Stompers play funky rock and blues with heavy grooves. Emerging from the dirty backwaters of the NSW Mid North Coast, the band sounds like the musical lovechild of John Butler Trio, Led Zeppelin, and Red Hot Chili Peppers, with three-part harmonies, catchy guitar riffs, and didgeridoo soundscapes setting this original blues-rock trio apart from the pack. Since this fateful merging of musical minds. The powerhouse trio has stomped their mark on prominent Australian festivals including Caloundra Music Festival (QLD), Blues at Bridgetown (WA), the Thedbo Blues Festival and the Sydney Blues & Roots Festival. 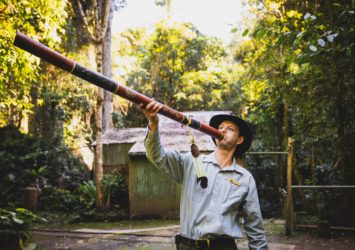