The world agrees that the best oysters are Sydney rock oysters and the best of these can be found right here in the Barrington Coast.

There's nothing like freshly shucked for a salty-sweet-seaweedy-umami taste of the ocean!

Sydney rock oysters are the country’s finest and most celebrated oysters. They are Australia’s only native rock oyster (the other native oyster being the angasi flat oyster from South Australia that grows on sand and mud, ie. not a rock lover).

Sydney rock oysters are indigenous to the east coast (not just Sydney!) from southern Queensland to eastern Victoria. And did you know that the same oyster species (Saccostrea glomerata) also grows across the Tasman where it’s known as the Auckland oyster or New Zealand rock oyster… but that’s another story.

Long before the first Europeans at Sydney Cove named this delicious mollusc, the Sydney rock oyster had thrived in the waterways of the east coast for thousands of years. Its original consumers were the aboriginal peoples who pioneered many techniques (now widely adopted by the aquaculture industry) creating a sustainable food and an almost unlimited source of sustenance. By 1876 there was a Royal Commission into oyster culture which in 1880 resulted in Parliament passing laws to enable the formation of oyster leases as we know them today, ensuring the survival of the native Sydney rock oyster.

Did you know that Taree has The Big Oyster?

Although The Big Oyster is currently part of a car dealership showroom, it’s a reminder about how important oysters are to the Barrington Coast. The first Wallis Lake oyster leases were issued in 1884 to a Sydney merchant banker who created ‘oyster saloons’ for city CBD workers to enjoy Sydney rock oysters, bringing this seafood into consumer mainstream. Among the heritage of oyster growers in the Barrington Coast you’ll still find the Sciacca family, in Wallis Lake from the late 1880s; the Browne family in Port Stephens from 1886; and the Verdich family in Port Stephens (1945) and Wallis Lake (1970).

Where to find Sydney rock oysters in the Barrington Coast:

In Australia, the Sydney rock oyster is grown commercially by 255 farmers at 22 locations along 1500 kms of the east coast. Although each region produces very different oysters, the Sydney rock oyster is characterised by its deep, rich and lasting sweetness. According to John Susman from seafood consultancy Fishtales, it’s like no other on the planet: “I’ve not eaten an oyster anywhere with its level of complexity, from the feral vegetal notes through the mineral intensity to the astringent copper-like finish,” he says. “The Sydney rock has a complexity and depth that is way more interesting than the singular characteristics often displayed in Pacific oysters and angasi (native) oysters.”

We’re very pleased to declare that the best of Sydney rock oysters come from a collective of oyster growers in the Barrington Coast called East 33. Our finest restaurants can’t get enough of them.

The estuary-fresh Sydney rock oysters from East 33 showcase the flavour profiles of specific regions of coastal NSW. Their 152 Series oysters are from locations around the 152-degrees longitude of the Barrington Coast including the Manning River, Wallis Lake and the waters of Port Stephens.

The Great Lakes Advocate recently reported about the consolidation of nine farmers from across Wallis Lake and Port Stephens under the banner of East 33. The undertaking, which includes 154 hectares of farms, an oyster nursery, licensed Sydney rock oyster export facility and Hamiltons Oyster Bar, will establish East 33 one of the country’s largest producers.

The 152 Series is where the majority of the oysters from the East 33 Collection are produced, with the greater balance of those coming from the Wallis Lake operation. 152 Series oysters are truly the best oysters for the southern hemisphere summer, as they naturally reach their peak physical condition during the warmer months.

I’ve not eaten an oyster anywhere with its level of complexity. 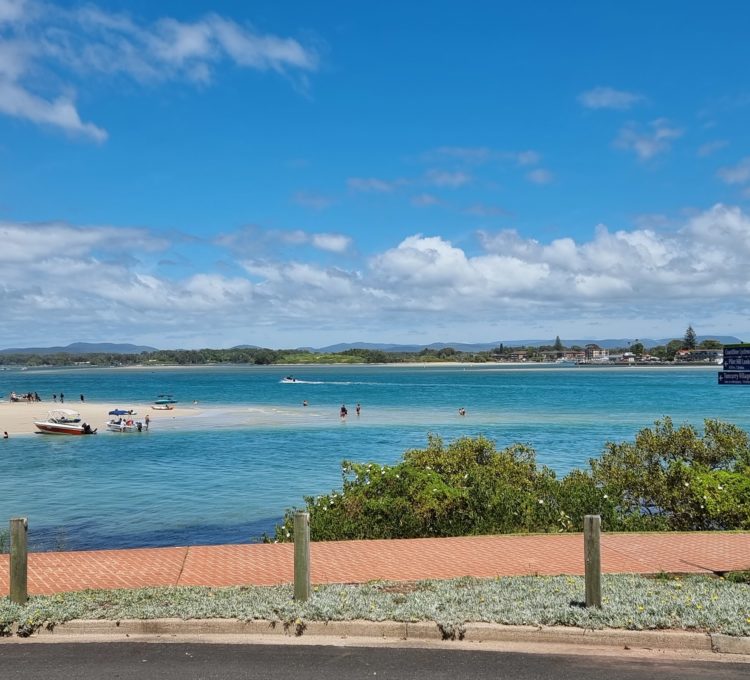